In the August 13 Board of County Commission meeting Hernando County, Florida Commissioner Steve Champion expressed that he felt Florida’s sunshine laws were restrictive and that doing away with them might even prevent ‘big ole arguments.’

Floridians have a constitutional right to know what elected officials are planning to do with tax dollars, land and the deals being made with certain business entities he referred to as ‘the crew’ and how those deals affect lives.

In the morning BOCC meeting Commissioner Steve Champion explained that the Florida State Sunshine Laws were restrictive for local government. He announced that he did not understand why he couldn’t just sit down and discuss things with other commissioners if they disagreed when ‘all the other’ governing bodies could.

Commissioners John Allocco and Jeff Holcomb added that they felt there may be better dialogue and government would move along faster.

Champion explained that what they do on the BOCC has more impact on the People than state and federal regulations do and that he feels the public would want them to be able to talk amongst themselves.

You can watch the full exchange in the last 20 minutes or so of this August 13 BOCC meeting here.

Perhaps Mr. Champion doesn’t understand that without openness and transparency, civic engagement will not only fail to bloom, it will die.

He’s not the only one though. Right now there are 122 bills being tracked by the Florida First Amendment Foundation in the 2019 legislative session. Each one is designed to create another exception adding to the already 1122 exceptions on the books.

Granting these exceptions does one thing and one thing only – it takes away your constitutional rights to access public information.

These laws are important because they ensure a minimum amount of transparency as private owned business participate in business dealings with the government or government agencies participate in regulatory processes, says Florida’s Attorney General.

Yes Commissioner Champion, even if it’s just two county commissioner’s working out a disagreement, the public has a right to know. 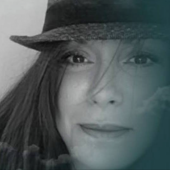