Pssst. Let me tell you a secret.

Florida public schools often rank among the best in America.

You look … confused. 😊 Let me repeat that.

Florida public schools often rank among the best in America.

Given their rep, I don’t expect you to take my word about our public schools. But please, please, see what Education Week has to say about them.

How can that be? Don’t we read, over and over, how Flori-duh schools are bad and getting worse? How charter schools and vouchers are draining funding? How the apocalypse is upon us?

Twenty years ago, some of that was true. In the 1990s, Florida schools were barrel-bottom in just about everything. Barely half our kids graduated.

Our graduation rate now tops 86 percent. Once adjusted for demographics, our students rank No. 1, No. 1, No. 3 and No. 8 on the four core tests that make up the National Assessment of Educational Progress (aka “The Nation’s Report Card”). Our graduating seniors are No. 3 in the percentage who’ve passed Advanced Placement exams. Only students in Massachusetts and Connecticut do better.

Not bad, no? It’s wild that so few people know. It’s even wilder that folks who claim to be the biggest defenders of Florida’s public schools never mention it.

In the 15 years I’ve been watching public education in Florida (I was the state education reporter for the Tampa Bay Times from 2004 to 2012), I can’t remember the state teachers union, school boards association or superintendents association ever highlighting Florida’s NAEP scores, AP results or Education Week rankings – and rightly congratulating Florida students and teachers for a job well done.

None of this gets much media attention either. Last week’s report got none. By contrast, the latest U.S. News & World Report rankings – which came out this week – sparked gushing headlines about UF’s climb to No. 7 among public universities and FSU’s move to No. 18. So good news for our public universities? A statewide ovation. But good news for our public schools? Crickets.

The reality about Florida public schools conflicts with a web of perpetuated myths. It is true, relatively speaking, that Florida ranks low in per-pupil spending. It’s also true that Florida has expanded educational choice as much as any state in America. You can see it from Pensacola to Key West, not just with charters and “vouchers” but even more with magnet schools, career academies and other high-quality options that districts themselves have created. Today, 47 percent of all PreK-12 students in Florida – 1.6 million – now attend something other than their zoned neighborhood schools, up from 10 percent a generation ago.

Hernando County is no exception. Last year, more than 1,500 students in Hernando attended charter schools or used an assortment of choice scholarships to attend private schools. Another 260 used the Gardiner Scholarship, an education savings account for students with special needs such as autism and Down syndrome. It allowed their parents to use state funding for tuition, tutors, therapists, etc. – whatever combination of educational services and providers they know is best for their children. All these programs are growing, as are so many excellent district options. All are part of the new normal in Florida.

There’s zero evidence that any of this parent-driven choice has hurt Florida’s traditional public schools, financially or otherwise. Yet some folks keep saying the sky is falling. Am I wrong to think that maybe that’s why they won’t acknowledge an inconvenient truth: that Florida public schools are actually doing better than ever?

Ron Matus is director of policy and public affairs for Step Up For Students, a nonprofit that administers five state scholarship programs, including the Florida Tax Credit Scholarship for lower-income students and the Gardiner Scholarship for students with special needs. 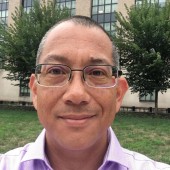 Ron Matus is director of policy and public affairs for Step Up For Students, a nonprofit that administers five state scholarship programs, including the Florida Tax Credit Scholarship for lower-income students and the Gardiner Scholarship for students with special needs.